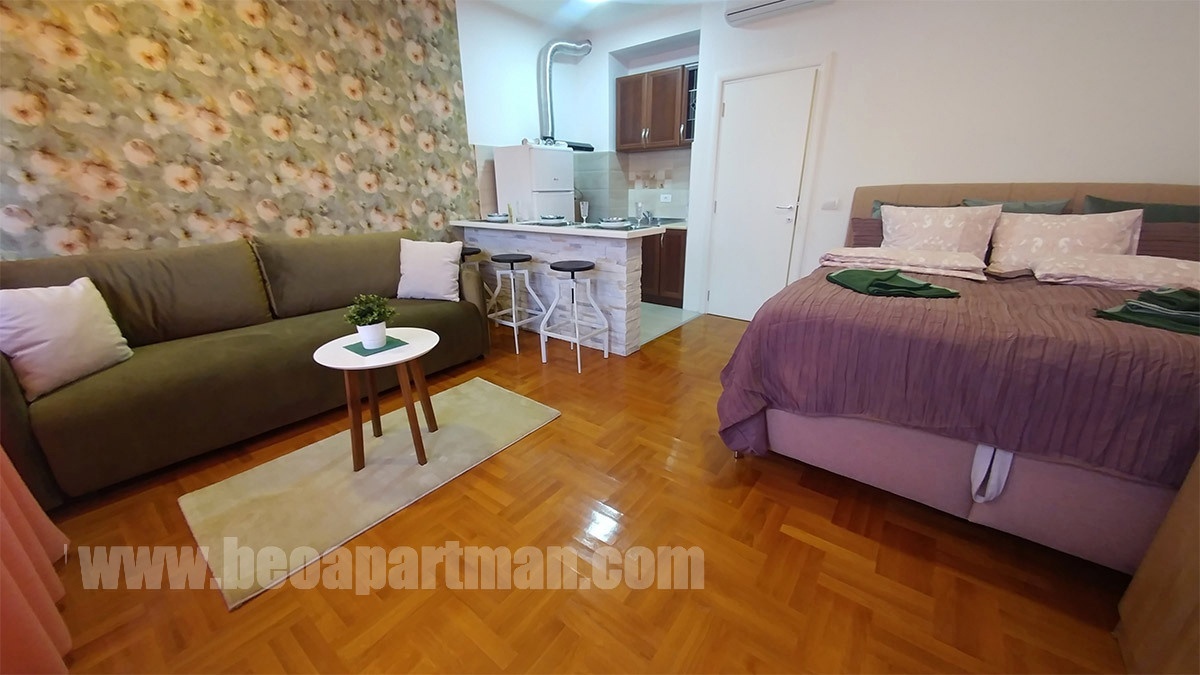 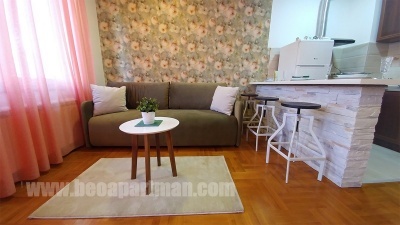 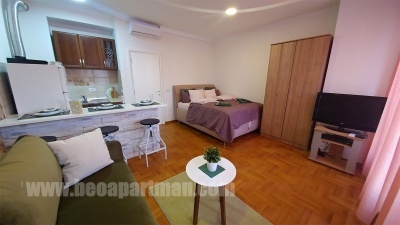 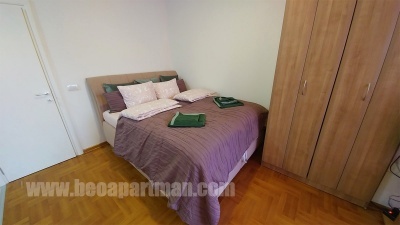 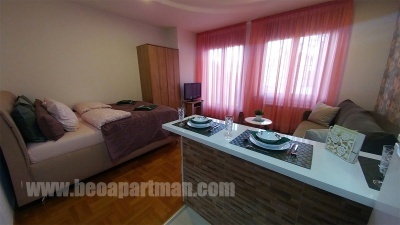 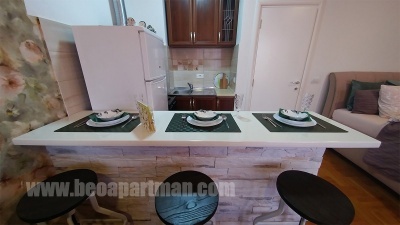 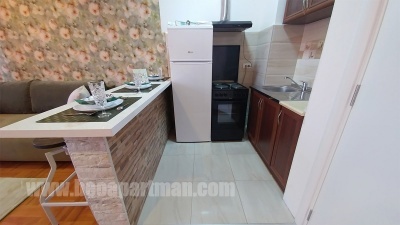 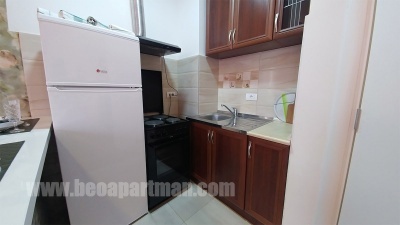 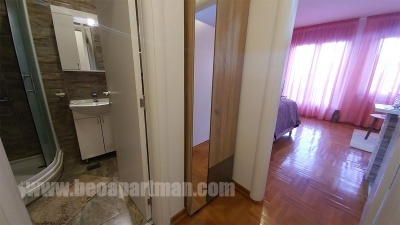 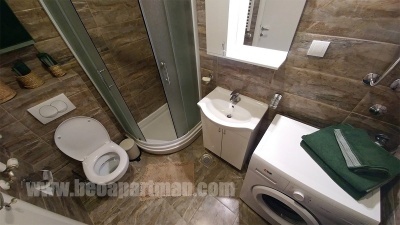 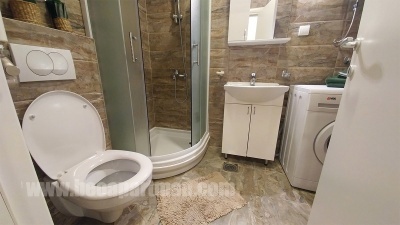 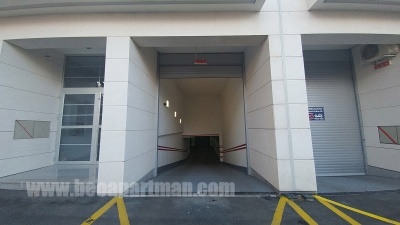 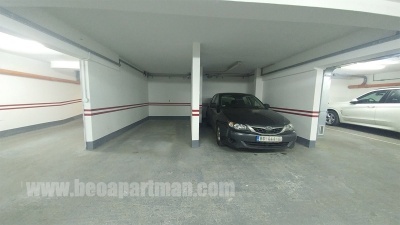 CHUBURA is a neat studio capable of accommodating four persons. It is on the first floor of a new apartment building in Čubura. It also has a parking spot in the garage available for a surcharge.

With a tad bit over 30 square meters of floor area, CHUBURA is a rather likable studio in the namesake part of town, with an entryway, separate bathroom, open concept living room (with a sleeping bit on the side). Looking at each of the “units” that comprise this apartment you will find them rather decent (bathroom is, in fact, above average). The living- sleeping area has a rather comfortable and unusually tall bed, a combined wardrobe, a cute little foldable sofa, a breakfast bar with three adjustable stools and a kitchen with a fine set of kitchenware and appliances. Seen as a whole however, CHUBURA does seem a little jumbled…just like its geographic namesake. Its functional qualities are, however, unquestionable.  Sleeping arrangement is 2+2, and it’s got a parking spot (available for a 5 euro daily surcharge) which is a handy feature in this part of town. When you add up the abundance of wardrobe space and the washing machine as its amenities, CHUBURA might actually be useful for extended stays as well.
CHUBURA is in a quiet, one way street, in the heart of Chubura, less than fifty meters away from Chubura Park. From there it takes five minutes on foot to get to St Sava temple, or a bit more than ten to get to Slavija Square. In case you are not arriving by car, more than a few rather frequent routes of public transport stop not far from the apartment, and those can get you to the very center in less than 15 minutes. There are quite a few commercial facilities in the surrounding area (shops, bars, cafes, restaurants, a few surviving kafanas and a green market – Kalenić). All in all if you were looking for a decent studio with a garage in Chubura, for up to four people, then CHUBURA is not a bad choice.

Please state the time of arrival during the booking process. Also note that apartments are to be vacated by 12 PM (noon) on the day of departure.

MADRID 4 44€
Center, Slavia Smiljaniceva street studio, 32m2
MAJORCA 4 44€
Center, Slavia Smiljaniceva street studio, 36m2
PROTON 3 57€
Center, Slavia Prote Mateje st. studio, 42m2
MERCURY 2 35€
Center, Slavia Katanićeva studio, 35m2
ALEXA 2 40€
Centre, Slavia Alekse Nenadovica street studio, 42m2
Transfer from the airport
BEOAPARTMAN offers you transport from the airport to the apartment of your choice.
The cost of one way transfer from the airport to the apartment is 20€. Person responsible for your trasport will await for you at the arrivals gate, carrying our company board.
The default maximum number of passengers is 4. If you need transport for more than 4 people, please note this in the Additional Info box.
If you agree to these terms and conditions, be so kind as to also provide your flight details in the Additional info box (i.e. flight number).
Yes, please! No, thanks.