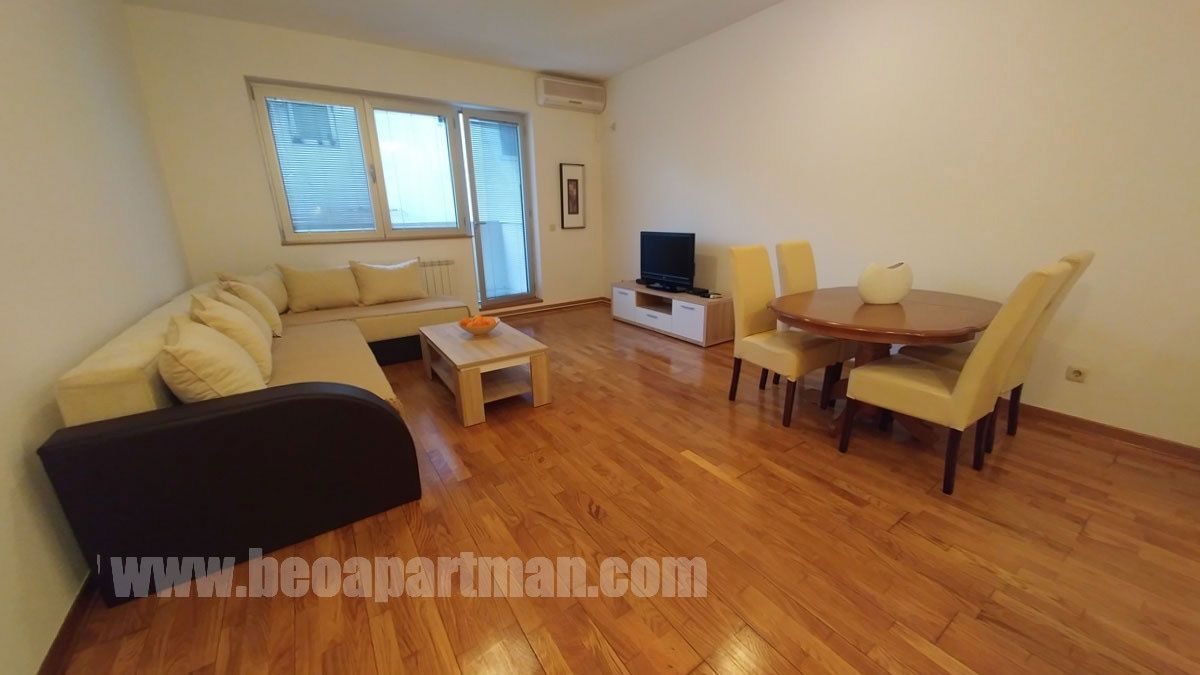 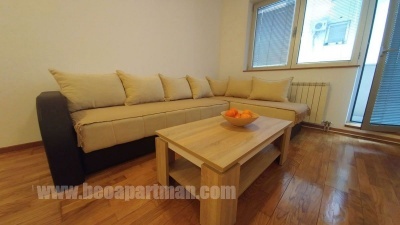 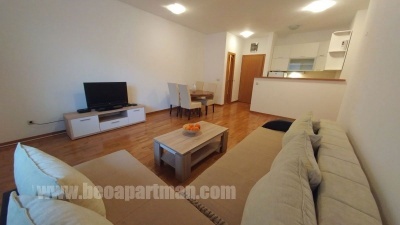 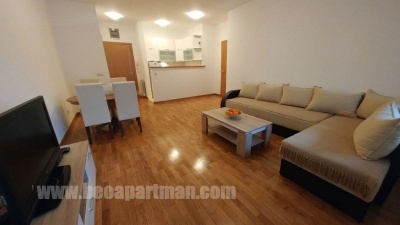 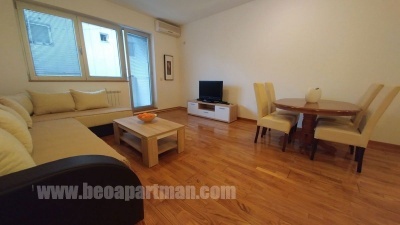 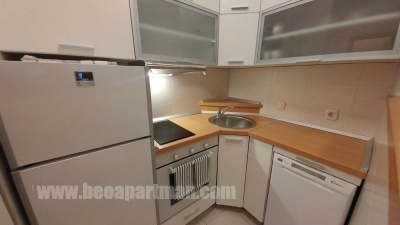 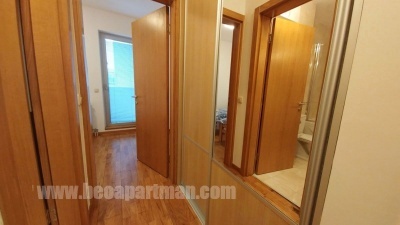 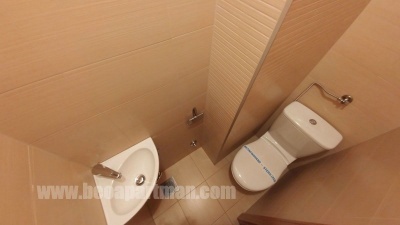 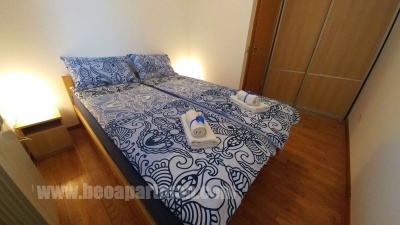 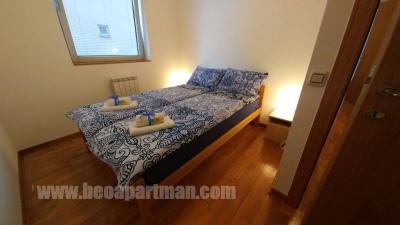 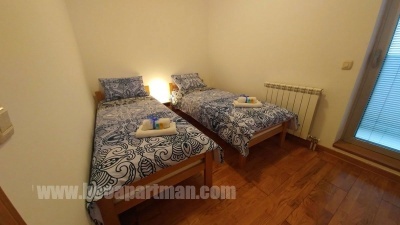 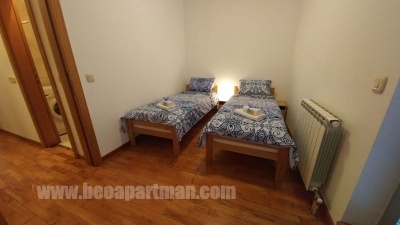 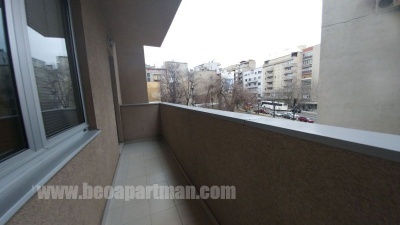 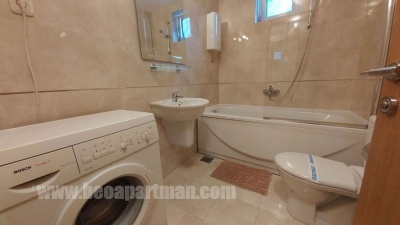 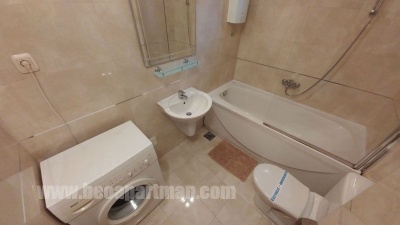 MICHELANGELO is two bedroom apartment with immaculate maintenance in the center of Belgrade. It is in a newbuild, it accommodates six and guests have a garage at their disposal.

Snuggled on the second floor of a fairly new apartment building in the city center, on a generous floor area of almost 65 square meters, lies apartment MICAELANGELO, with all of its amenities for short, medium term and long term stays alike. It is conveniently partitioned in two: the living and sleeping area. The first consists of a large living room area with a fully equipped kitchen, a dining area for four, a fold out sectional (that turns into a double bed) and an additional toilet. The sleeping bit is accessed via a small corridor which cotains entrances to the two bedrooms (one with two single beds and the other with a single double bed) and the bathroom (which has a washing machine and a bathtub with a protective glass panel. Finally it has a terrace that can be accessed from both the bedroom and the living room. It is intended for up to six people in a sleeping arrangement 2+2+1. Interior design is fairly simple and practical (the photos here don’t do justice as many decorative details have been added in the meantime), and the overall arrangement supports maximal functionality. It is one of the very few apartments that can indeed boast high quality maintenance. And since its price does not depend on the number of guests, it may be said that it offers great value for money (i.e. a very cost effective solution for staff accommodation).
Located in central Belgrade (on the rim of the so called circle of two), at the crossroad of two important and rather busy thoroughfares in Belgrade, MICHELANGELO is fairly quiet owing to its structure and fine soundproofing. It takes eight minutes on foot to get to Parliament building and a two minutes walk to get to Botanical Garden Jevremovac. All forms of high frequency public transport routes (trams, trolleys and buses) stop within a fifty meter radius, so we may say it’s well connected to other areas of the city, and if you arrive by car, there is a possibility of parking in the building’s garage. Shops, pattisseries, supermarkets and other services swarm in the neighbourhood, and Palilula green market is just around the corner. Finally, an apartment with very similar positive traits, called RAPHAELO, is in the same building so these could be a fine solution for larger groups (of up to 10 people). All in all, if you want a good quality, cost effective solution of accommodation in central Belgrade for up six people, do not miss out on MICHAELANGELO.

Please state the time of arrival during the booking process. Also note that apartments are to be vacated by 12 PM (noon) on the day of departure.

Average rating based on service:

Apartman is exactly the some as on the pictures, even beter. Perfectly clean, everithyng is very close to the apartmant, easy for walking around. We are very happy with our contact person B. and his wife, they gave us short directions for finding places, taxi car ... I recomend this apartman ...